Yesterday morning I was driving the kids to school. About a mile down the road, Rosie realized she had left an important homework assignment at home. Since I knew we still had plenty of time, I turned the car around and headed home so she could retrieve it. James was complaining all the while that now we were going to be late and how ridiculous it was of her to leave that at home. We asked him, hadn't he ever forgotten anything before? He adamantly relpied that no he had certainly not ever forgotton anything and remained huffy about the whole turning around business. About 15 minutes later we arrived at school and the kids all began gathering their things and unloading from the car, when what does James realize? He had forgotten his backpack! Boy, did he have egg on his face. But he was good-natured about it and took the much-justified ribbing in stride.
Posted by Anne Birdsong at 6:17 AM No comments:

Last week I made a tough decision. The decision to put my old mare Flurry down.
Flurry was 30+ years old (best guess), blind in one eye, had a heart murmur, and had an old leg injury which bowed out her left front leg and hobbled her up pretty good. Still, she seemed comfortable enough and got around OK, and my Thoroughbred Jasper was just absolutely smitten with her, so I let her be.
However, last week she came up lame in one of her hind legs. When I picked around, I couldn't find anything obvious, so it seemed most likely just the strain of walking nearly three-legged finally got to be too much for the other legs. Poor old thing could barely hobble around. So I arranged with the vet to come out Monday. Today.

And he did. He came out this morning and we led Flurry into the back yard, at first keeping Jasper in the barn. However, this proved to be too distressing to both of them, so we let Jasper out into the field so they could see each other. She immediately settled down, though Jasper was pacing the fence-line, clearly worried about his wife.
The vet gave her a sedative to calm her a bit, and after a few minutes, put an IV into her neck, and injected the drugs. Within seconds she dropped sideways onto the ground, and breathed her last. Pretty peaceful end for her, and the right thing to do, but that didn't keep me from crying. As I told the vet, just because it's the right thing to do doesn't mean it's easy.

Who I feel most sorry for, though, is not Flurry, not myself, not even the kids. It's Jasper. Though we had only had Flurry for about two years, he just adored her. Once she dropped, he began whinnying and running up and down the fence-line. He couldn't understand why she wasn't getting up. As the vet knelt next to Flurry, checking reflexes and listening for a heartbeat, Jasper was beside himself.

The vet left and I began the wait for the "knacker", the person you call when you need a large dead animal hauled away. A number I don't want, but unfortunately need to have in my rolodex.
I went inside for the wait because, as always, I have things that I need to do. Today is Bella's birthday, and I have gifts to wrap and banners to hang. As I busy myself inside, I can see and hear Jasper out in the pasture. He is screaming his agony as he runs to the fence and peers over at her lying there. His ears are forward, his nostrils flared. He stares at her, then screams, then in a panic gallops off to the opposite fence to look for her elsewhere, not wanting to believe, I guess, that that is really her lying there. But when he doesn't see her anywhere, he gallops back and repeats the whole process. As I consider what he is enduring, my teardrops fall onto the tissue paper of the gift I am wrapping.
As time passes, though, he is beginning to settle down a bit. His panicked gallops have become agitated trots. His head is carried lower than it was. Instead of running to the highest part of the pasture to survey all the fields, he is heading to the corner where the neighboring geldings are gathered, to receive their condolences.
I have just come back in from wrapping up with the lady responsible for hauling Flurry off. You want to think that the knacker is a hunch-backed toothless scruffy looking sort. But her name was Janet and she wore a monogrammed fleece and had a short blond bob. Nice woman. She commiserated with me and shared stories of animals she's lost. Some of the pain is already diminishing. For Jasper, as well. Though he is not quite back to absent-mindedly grazing, he is no longer galloping. No longer trotting. Simply walking back and forth, head held low, looking over the fence and then away again. No one can ever truly understand what an animal feels, thinks, knows. But to those who say animals don't have souls, or can't love, shame on them .....
Posted by Anne Birdsong at 8:10 AM 3 comments:

The first week the kids were back at school was smooth as silk. No homework or projects. After school activities hadn't started yet. Life was calm. But now that they've been back for several weeks the ratrace is back in full swing, hence the infrequency of my posts of late.

After spending most of the day at the school helping out at the bookfair, I quick ran a few errands before the kids got home. When the kids walked in the door, one of them told me the busdriver wanted to see me, so I ran out to the bus in my sockfeet. She informed me Daniel got in a fight on the bus. Again. I first apologize and then thank her profusely when she tells me she'll try to keep from having to write this up (maybe he can get out of another suspension????)
Then the homework help commenced. Helping two kids through homework because they don't understand the directions due to English fluency issues. Helping another with homework b/c she doesn't understand the directions period b/c of her learning disability. Making sure the others are all working on theirs as well b/c tomorrow is, after all, Friday, when everything is due and they've been procrastinating.
At the same time, I'm making tacos for dinner, so I'm chopping tomatoes and cooking beef while helping children sound out words and do subtraction.
I drive a dtr to her friend's house who, in turn, will drive her to soccer practice.
I make sure all the kids have stowed their homework in their backpacks. Eat dinner. Cleaning up after dinner I breathe a sigh of relief that the worst is behind us for the evening and everything got accomplished.
Then a child reports she needs a piece of posterboard for a project due tomorrow. I'm so on top of things. I happily tell her where she can find a piece from the recently replenished armada of poster board. My oldest then comes to me to say he needs me to bake cookies to bring into the fiesta they're having in Spanish class tomorrow. Next one of my dtrs comes to me to tell me she needs to bring in to school tomorrow: crackers and cheese, a tennis ball and a leash. Huh? Then another dtr tells me she needs clay to make something for her history class.
I vaguely recall seeing a tub of clay sitting on a pantry shelf (your guess is as good as mine as to why it's in the pantry).
The only cheese in our fridge is about as petrified as the clay we're trying to soften up. Instead of cheese and crackers, will pretzels do?
Luckily my son has gotten pretty handy in the kitchen so he's well under way with the cookies, though he seems to be eating the dough as fast as he's making it. How many do you need to bring in????
As the icing on the cake, James decides to be disrespectful again. When I explain to him what the consequence will be, he sulkily tells me "I don't care" like he always does and stomps up to his room. I know he will not speak to me now for a good two to three days.

But that was yesterday. Today is Friday, wahooooo!!!! No more homework. Though I will still have a teenager who is not talking to me, and a family to pack for as we head out tonight to a soccer tournament for the weekend. First game reporting time, by the way, 7:45 on Saturday morning. Oh well. At least I won't have to cook.
Or find anyone clay or cheese.
Posted by Anne Birdsong at 7:36 AM No comments:

Starfish on the Beach I saw this video link on a friend's blog, and I wanted to share it here.

I used to be very passionate about a lot of causes, and I still support several. But most of them have lost their lustre in my eyes. Whether I'm being asked to provide money so our school can provide an exciting speaker for an upcoming assembly, or to help buy supplies at a local animal shelter, or to save an historic building, it all seems to pale in comparison to the fact that there are children all over the world without homes. Not that the causes I mentioned (and so many more) are not worthwhile. They certainly are. But I just feel like if everyone did something to reduce the number of orphans in this world ...
I don't know, it just, to me, seems like the most important thing.

Everyone is familiar with the story of the thousands of starfish washed up on the beach and the little boy picking them up, one at a time, and throwing them back into the ocean. Someone pointed out to him that he can't possibly save them all, so why should he bother doing anything? And the little boy explained he could make a difference for the one he was returning to the sea at that moment.
There are millions of orphans without homes. Rather than tell yourself you can't help them all, see what you can do to help one .....

http://www.jcics.org/bta%20video.htm
Posted by Anne Birdsong at 5:14 AM No comments: 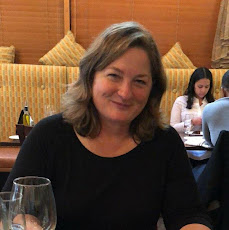 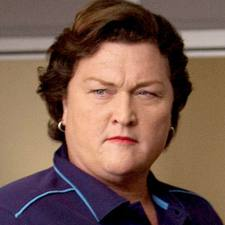 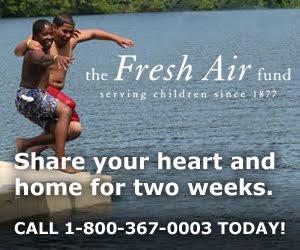 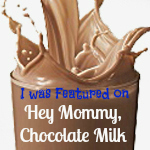